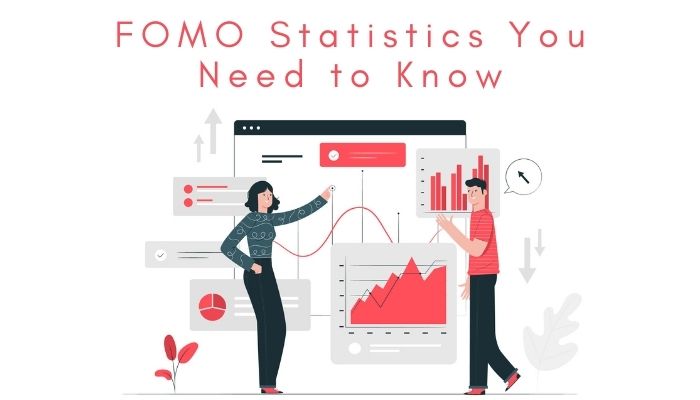 FOMO is the popular lingo of the millennials that stands for “fear of missing out” and is as good as a popular culture today.

Social media users are often privy to getting news and status updates from each others’ profiles. Amidst social media culture, the fear of missing out on events, important status updates, and, in general, anything on the internet has become a widespread phenomenon.

A money estimate of $600 billion is said to be made via FOMO marketing alone per year in the US FOMO has essentially evolved into a marketing strategy to make people feel like they are missing out on something that they wouldn’t want to miss.

Fear of missing out on statistics form a marketing approach to draw in people who prefer spending their time with peers in activities and experiences relevant to millennials. People suffer from FOMO, even on a friends’ level, where they are afraid of missing out on what their friends are doing.

41% of millennials complete quick mobile-device transactions owing to FOMO. This generation of millennials experiences FOMO even subconsciously when someone introduces them to a business and stream any of their other events.

Some FOMO statistics reveal why user-generated content over social media draws in more customers and interested people than a regular marketing strategy would. Here are some FOMO statistics that indicate how an author or business owner can spread their content over social networks, urging the fear of missing out to generate conversions efficiently.

FOMO statistically becomes an integral part of all social networks

Studies show that there are several reasons why someone would experience FOMO without even being interested in a subject. Statistics from a study could also indicate a pattern showing the same. Data suggests that about 69% of millennials experience FOMO, 60% are known to make impulse purchases due to it, and up to 56% of people are afraid of missing out on things that others share on their social media networks.

However, it’s not just millennials amidst this 56%; perhaps even a majority of the section that converts from this 56% of people are non-millennials with more funds to invest in products and services, even when it comes to impulse buying. An interesting facet to explore is why people don’t mind spending their time on Facebook and other social media sites in an attempt to merely catch up with everything.

Here are some fact-based data points that reveal different aspects and impacts of FOMO in the generation of social media. The below-described data also includes some common strategies employed over social media advertisements and events that influence users to interact with content from each other.

FOMO Statistics to leverage conversion based on millennials’ experiences

Typically, Facebook caters to about 72% of customers who experience FOMO, while Instagram amasses up to 14% and Pinterest around 8%.  This isn’t news anymore since these are the channels that broadcast an event or other activities that one’s friends are spending their time on.

Study-based stats show that travel websites cause 59% FOMO while food-based content is another leading form with 29% interactions. If you’ve ever had a friend share an appealing picture of the food that they ordered, and you ended up spending money on it too, well, that was a typical food FOMO that everyone experiences.

78% of millennials like to spend their money on events and experiences over things, and there are more that end up spending money to keep up with their peers. 69% claim to miss such events if they don’t check Facebook and other social networks and say that such an event proceeds to strengthen their connections.

More data facts indicate that Facebook and other social media channels are actually the hubs for millennials to experience FOMO. Basically, this is where it all started before FOMO became a legit strategy that businesses now employ to optimize their conversions and brand presence.

FOMO based social media and shopping habits are actually quite the concern for millennials, leading them to an early debt. The rise in the desire to spend money has arisen by 70% since the last three decades. 48% of millennials own up to spending money they didn’t have to spare on an event or any form of product or service just to keep up with their friends.

In such a culture, FOMO is leading people to debts that they aren’t capable of handling at a given stage. This is more true for users aged between 18 to 30, who, as per data, form up to more than 56% of people experiencing FOMO. 45% of such people find it difficult to go even 12 hours without checking social networks for updates.

The GenZ folks include 27% of those who check social media due to FOMO, which is the first thing when they wake up in the morning. As a result, millennials end up being more exposed to various products, services and more, that they don’t need but end up purchasing anyway, worried that they wouldn’t get a chance again.

This is clearly indicated by data that reveals more than 51% logging into shopping and social media networks more than people did two years ago. With an AI-based approach adopted by most platforms, custom user-generated content helps the blog author target people according to their interests. This logic, combined with FOMO, helps a business convert an increased number of people who end up spending more money than necessary.

FOMO tactics also offer a creative way to deliver factual information to people instead of laying down facts and figures. Instead of using text to describe stats, you can use the FOMO strategy within a poster or copy that includes those stats. Amazon is a good example of this strategy.

Over 100 Million users have availed Amazon Prime to get access to features that other people are “missing out on.” Here they are presented with the same info that the brand would have given for sales, only differently, in the form of exclusive offers, proof of widespread use, and other benefits like free shipping.

FOMO also helps to tap into some unique aspects of millennial behavior. For instance, 90% of people prioritize free-shipping as a shopping preference. Quoting the name of a celebrity or influencer also makes an impact, where the popular name convinces people that their favorite influencers are invested in the same product or service, and they should as well.

These could also be in the form of celebrity testimonials, which have their name under positive reviews for the product or service. 60% of people are used to making such purchases within 24 hours, and seeing a known name vouch for them makes the conversion even quicker.

FOMO Statistics indicating the effective use of FOMO

Some distinct factors will make using FOMO effective for your business. For instance, you don’t really need to conceal that your copy or content uses FOMO. This isn’t really a strategy that works subtly. You’ll have to put it out there. 33% of users try to create FOMO amidst their friends on purpose. Thus, the propagation of FOMO is widely accepted. What your impact depends on is how you execute it.

Showing what others are doing

Ever been to one of those shopping sites where a name pops up stating someone just purchased a website product? That is a typical FOMO trigger to show people a real name, and hence a real person who’s making a similar purchase as you’re about to. Such a name can also be targeted through real-time event tracking on an e-commerce site where a name is registered in a purchase, and thus, a recent purchase name pops up on your screen when you visit the site. Such a strategy can attract up to 15% increased conversions for businesses.

Presenting a Limited Offer that expires

Showing offers and provisions that are likely to expire soon is also a part of FOMO that works effectively. It is important to use the correct geo-location and preferences to target the correct people for this to work. 41% of people give in to such offers fearing they wouldn’t be able to avail the same in the future.

Apt wordings and messages within your copy can convey some extra incentives and rewards for buying your service or product early. People invest in pre-ordering products before official releases just to save some extra bucks on the same.

Finally, and pretty significantly, there are some particulars to avoid while implementing FOMO, to avoid negatively impacting your audience.

Over 30% of people claim to experience jealousy and envy due to a FOMO trigger that is too harsh. 21% of people also feel disappointed and have experienced negative emotions triggered due to FOMO on social networking platforms. Thus, overusing FOMO can steer away prospects instead of getting them interested in what you have to offer. The idea is to maintain an optimum balance of arousing interest and deliver value so that your brand’s interaction is a positive one.

Thus, one thing remains pretty clear! FOMO is a growing phenomenon that talks about an experience unique enough to send a message to people. While it can be great to influence their lives and bring in an event or information that they wouldn’t want to miss, it is important that any detail propagated through this is a fact and doesn’t mislead a person in any form.

There is nothing wrong with using FOMO-based marketing to reach several people and convey things to customers that otherwise would seem business-only content. However, the ratio works just like thumbnails for videos. If your thumbnail is fun, but the video doesn’t turn out to be as good, then perhaps the marketing would be misleading.

In conclusion, FOMO marketing has its pros and cons, just like any other kind of content or service you’d find on the internet. The idea is to optimize the use of FOMO, to build an experience that draws people in but at the same time promotes an experience that the users cherish. It is also important for users and customers to be careful of taking the message impulsively and depleting their money and resources unnecessarily.

Are you using FOMO strategies for your brand content? Now that’s something you should be afraid of missing out on! 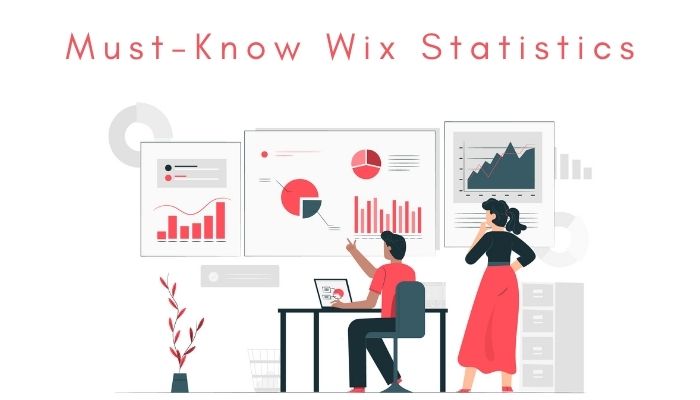 Wix is a popular classic template-based website builder that employs an AI-based smart platform. Depending on your business genre and niche, you can choose from…

WordPress and Google Analytics is just like Batman and Robin. Some things can stand strong on their own, but when combined they create a sum…

Among the possible ways to connect with customers, email marketing is the most effective and convenient. Indeed, Pay Per Click advertising and social media advertising… 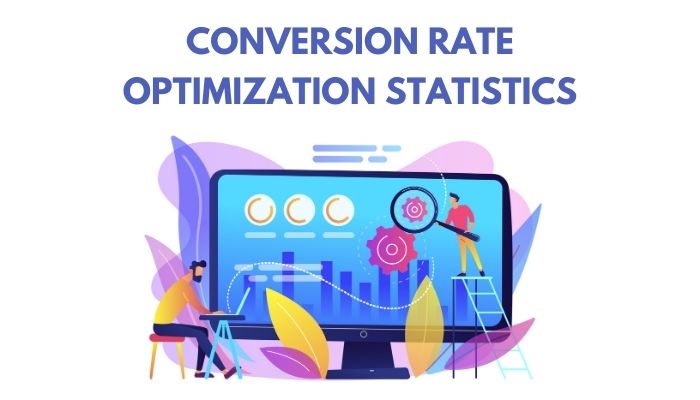 After having a well-designed web page incorporated with all the website statistics, you will observe huge traffic getting driven to your site. But the story… 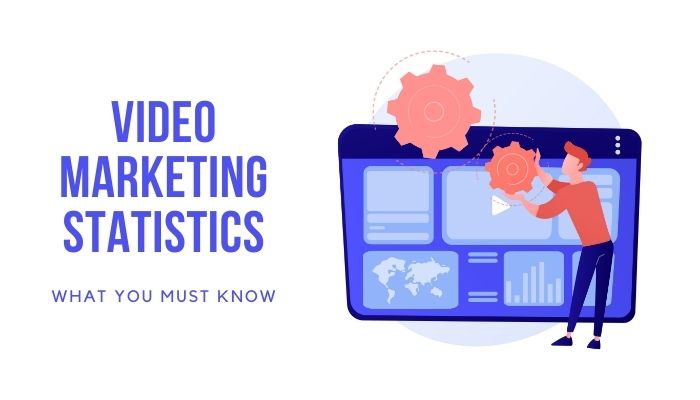 Have you started a new vlogging channel but not able to increase your subscribers? Don’t worry! We are here for your rescue. With 2021 rolling… 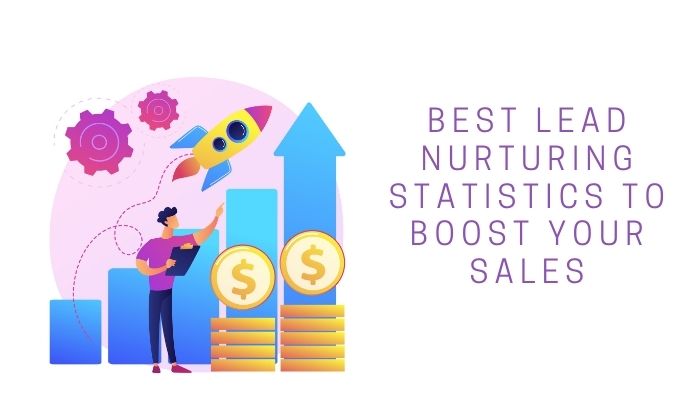 Every brand in the corporate world knows that to pave their way to the top, only lead generation will not be enough. It is vital…