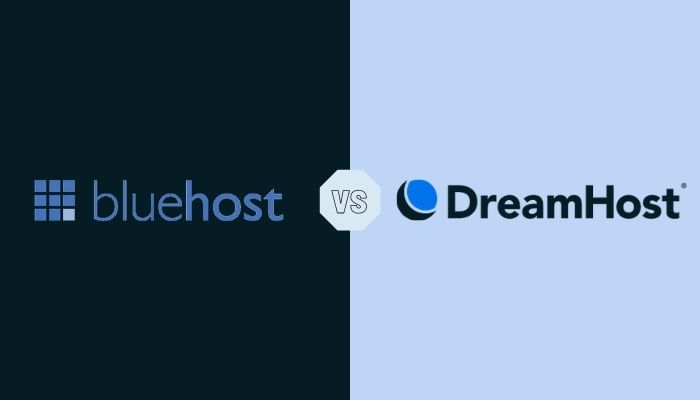 Whether you are experienced or a beginner, hosting a site relies on the same site’s grounds and properties in both frameworks. While you plan to host a website, you should be intelligible enough about your funds and traffic requirements.

Basically, you cannot say any website is ideal at any point in time because suitability keeps on changing with requirements. So for that, here is a comparison between two famous and well-liked web hosting companies, named DreamHost and Bluehost site builder. Based on their properties, level of experience, as well as pricing. This will help you make an accurate decision and bring you to a conclusion based on your needs. But before the comparison, you need to know about DreamHost and Bluehost.

DreamHost vs. Bluehost: Comparison between DreamHost and Bluehost 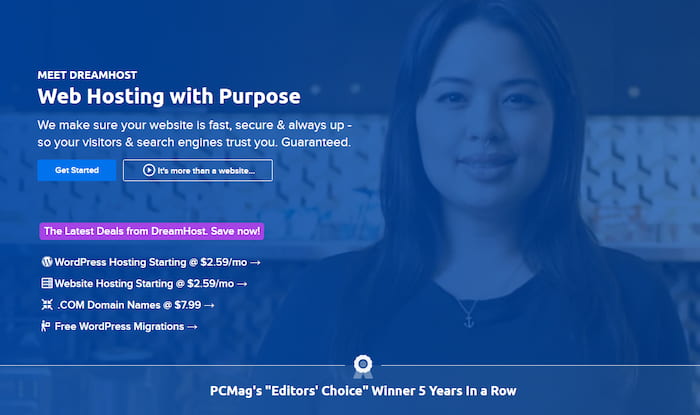 DreamHost was founded in the year 1996 and is Los Angeles-centered Webhosting Company. It is owned and managed by New Dream Network, LLC, and its name has now changed to DreamHost, and presently, it is powering enormous websites worldwide.

DreamHost has its headquarters in Brea, California, U.S., and serves worldwide. Also, it is a private company. It proffers various services like Cloud Computing and Cloud Storage, and it is a better substitute for EIG brands.

In 2006, DreamHost began a File Hosting Service also named Files Forever. Once the customers’ files are stored, they are stored “forever” by paying a one-time charge for storage. But in the year 2013, it discontinued this facility. In 2009, it began to proffer Free Application Hosting with its own domain, enabling customers to utilize an enormous open-source application like WordPress and MediaWiki without paying any fees. Presently, DreamHost is offering various services worldwide.

Bluehost was founded in the year 2003; it was first envisioned in the year 1996. It is owned and operated by Endurance International Group. It is also a private company. Bluehost has its headquarters in Orem, Utah, USA. It is said to be one of the best hosting companies among the 20 largest WordPress hosting companies.

It is hosting around 2 million domains and more than that. It basically proffers various solutions such as WordPress hosting, Shared hosting, Dedicated hosting, VPS hosting, and WooCommerce hosting. In the year 2010, Bluehost was acquired by EIG.

How good is DreamHost?

Which is better, Bluehost Or DreamHost?

Stated below is the comparison between two popular and reliable hosting companies: DreamHost and Bluehost, based on their prime features.

Bluehost proffers an uptime that is more than average. It doesn’t declare anything regarding its uptime guarantee, but its average uptime is approximately 99.9%.

On the other hand, DreamHost asserts a 100% uptime guarantee to proffer, but it offers similar to Bluehost. As per reports, January 2020 average uptime is 99.99%. So basically, both uptimes are similar.

The loading speed of the website provided by both web hosts is fast and satisfactory. DreamHost uses SSDs to enhance or upgrade website page speed significantly.

So, based on uptime, both are equally good, whereas, based on Speed, DreamHost is better than Bluehost.

Bluehost and DreamHost hosting providers carry out brawny performance for websites, due to which both are considered the most reliable and popular web hosts from the past years till now. DreamHost has a more than average speed: 648ms is quite good. It has been good enough as well as consistent in maintaining their speed.

However, Bluehost has been upgraded by introducing the utilization of CPU Segregation Technology, which permits it to tremendously control CPU to safeguard your hosted website from any virus, spam, etc.

So, based on Performance, Bluehost is a much better performer and is one step ahead of DreamHost in terms of performance.

Every web hosting service provider gives its first and topmost priority to customers. Mainly their Central point is customer satisfaction, and hence focus more on their supporting services, and both have a support team. It is verified correctly by both Bluehost and DreamHost.

Both web hosts proffer 24*7 full support and assistance to their customers, whether through Email, Phone, or live chat.

DreamHost proffers you reach to the web hosting manual, which includes some guides, advice, tips, and tricks to assist you. On the other hand, Bluehost also provides you access to tickets to be linked for assistance.

Both Bluehost and DreamHost are on top to assist their customers or get in touch with them, whether through phone, live chat, to quickly respond to their queries.

So, both of them proffer good and best user-friendly hosting providers.

Control Panel is straightforward to use whether you are hosting a site for the first time or hosted before. Bluehost offers you conveniently operated cPanel, which is the industry’s touchstone and user-friendly. This cPanel is versatile, flexible, and permits you to effortlessly direct files, direct backups, transmit files, install programs, and so on.

On the other hand, DreamHost proffers its own Control Panel, which is not that easy to use and operate for a user. On the other hand, both the control panels provide you with a One-Click installation of WordPress, a limitless MySQL Database for each website, FTP access to transfer files, jobs to plan recurring tasks, and much more.

But, based on cPanel, Bluehost wins compared to DreamHost as it offers easy usage.

DreamHost has stated many prime features in their plans, including Unlimited Bandwidth and Unlimited Disk Space. Whereas VPS servers, Dream press, and Email are excluded from the hosting plans. So, DreamHost stands ahead compared to Bluehost as it offers more guarantees than Bluehost.

When the user enrolls for any hosting plans, whether Bluehost or DreamHost user gets a free Domain name. Along with a shared hosting plan, you are enabled to free Domain privacy shielding or protection.

DreamHost and Bluehost both offer an automatic backup facility.

If the user beforehand has a website and wants to migrate to a new account, Bluehost provides a specific migration solution for just $99.99. In contrast, the other hosting site does not offer this solution.

Bluehost does not offer versatility in subscription plans.

There are various kinds of hosting plans:-

Bluehost offers three dedicated plans starting at $79.99 a month with a 3 years subscription. DreamHost starts at $149 (for a year) Or $169 per month. As in Dedicated hosting, DreamHost is much better than Bluehost.

Is Bluehost a good hosting company?

The Bluehost hosting is excellent, reliable, and dependable as it has much better solutions or facilities in terms of Web host. It doesn’t claim anything and has an Uptime of 99.9%. It has been upgraded by the introduction of CPU Segregation Technology to extremely control and direct CPU.

Various other benefits such as 24 7 support to its customers, shared hosting plans, phone support, proffers conveniently operated cPanel, which is easier to manage and operate, are versatile, and effortlessly work. Also, it provides 30 days money-back guarantee.

In DreamHost vs. Bluehost For WordPress, Bluehost is considered a better host solution because it provides a convenient way to manage WordPress and is easy to use.

It is the most suitable type for online stores and to host any site.

It is inexpensive as compared to a Dedicated Web host.

It is considered the most powerful site.

What is better than Bluehost?

Bluehost’s most extremely well-liked feature is WordPress Integration. As if anyone is new to web hosts, so it’s recommended to look forward to Bluehost as it provides several features as well as hosting solutions for users such as –

Based on a comparison founded on various salient features proffered by both, it can be easily identified that Bluehost is on top and stands ahead of DreamHost. Also, it has more advantages such as versatile cPanel, automatic backup, uptime and money-back solution, migration facility, etc.

However, DreamHost is also not a bad option to look forward to for flexibility, free name, free SSL certificate, 97 days money-back guarantee, and much more. Based on the requirements, user experience, and understanding of your needs, you prefer which site between these you must opt for. 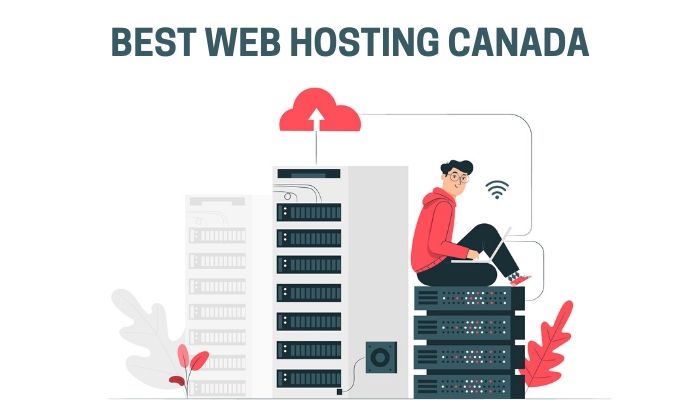 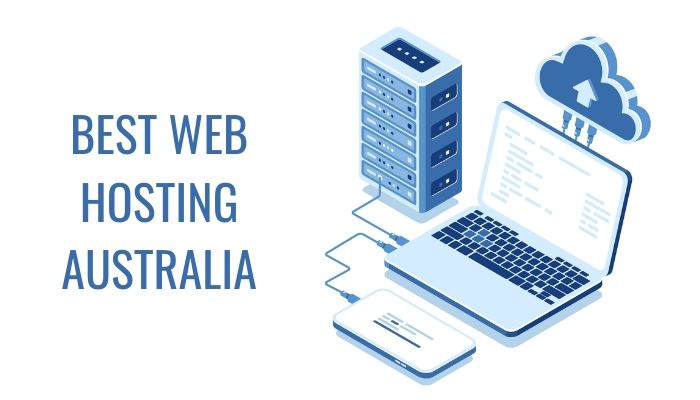 There are hundreds — perhaps thousands — of web hosting services. You don’t have the time to sift through all of them and decide which…

If you want to establish a strong online presence for your business, you need to understand web hosting. Whether you are interested in creating a… 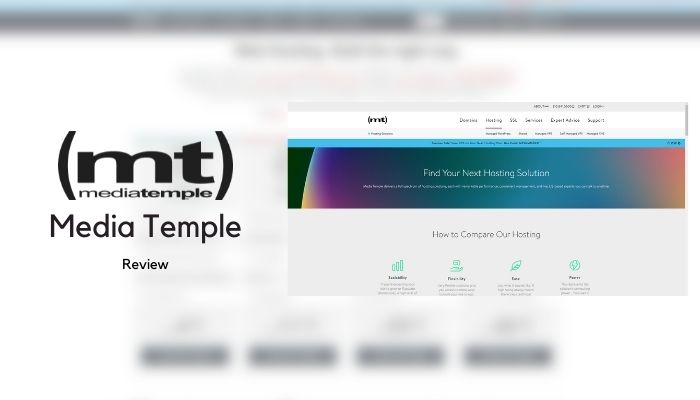 Media Temple is a web hosting service provider based in the US. The firm has been in the web hosting business since 1998. Media temple… 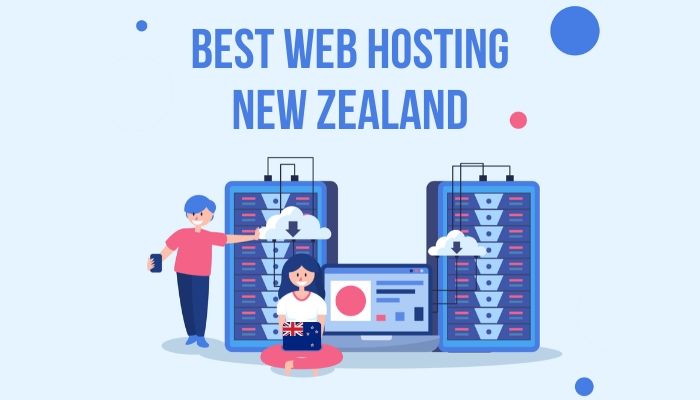 We’ve done a lot of research and actual testing on web hosting companies. So we know a thing or two about the best ones that…

Do you just hate Mondays, and loathe waiting in the traffic while you commute to and from work? Well, things can easily become much easier…